Where to begin the account of our long, usually amazing (but sometimes stormy), relationship with the expansive naturist resort on the Cote d’Argent (Silver Coast) of southwest France – Domaine Residential Naturiste La Jenny.  Suffice it to say… this is a long one!

While I’m not typically inclined to statements with self-aggrandizing superlatives, I have probably put more information out there on the web about La Jenny than any other American naturist.  You can find loads of banter about La Jenny and the other south Atlantic resorts on various French naturist forums like VivreNu, but of course, it’s all in French!  I have reviews up on Trip Advisor (which need to be updated) and two previous website endeavors that have since been lost from my archives, but are probably still floating around out there someplace in cyberspace.

(Should you wish to see our entire itinerary, you can peruse the “Blowing Through Europe” post from last May.)

La Jenny was actually the place that got us hooked on naturism in the French tradition.  I first learned of the place from a friend on the Internet back in the early 90s, on a CompuServe message board about family naturism – back in the day with dial-up modems where a photo download would appear in pixelated form, one line after another.  At the time, we were diligently working our way through various American nudist listings, like those published by AANR or The Naturist Society, hoping we would find someplace our pre-adolescent children would be willing to join us while pursuing our own desires to vacation au naturel.  We had tried a few places in California, and then a few more after moving to the east coast, but the results were always pretty much the same.  “So mom, swimming without a swimsuit is kinda fun, but where are all the other kids?  I thought you said this was a family place!”

We even visited a place in Florida with a diligently targeted marketing campaign, with the apparent intent to draw the family crowd, but during our stay, every time our kids jumped in the pool, they got a dirty look from the “old-timers” from the opposite ledge; annoyed by the noise of splashing water and the feverish pitch of the one-inch waves!  (We took considerable pride in the fact that our children were more accustomed to accolades for their gentle demeanor and good manners.  At American nudist places, they were immediately demoted to intrusively noisy kids!)

My aforementioned CompuServe friend listened to my rants, (I think his name was Don) and reassured me that while my mission was certainly altruistic enough, I simply was not going to find what I was looking for on American soil.  It seems that he was married to a French woman who had grown up with a family that indulged in summer naturist holidays, and at least in the years they had been together, their ultimate naturist holiday spot was La Jenny, on the southwest coast of France!

A lot of good that would do for this young, cash-strapped family.  How would we ever be able to get our entire family to France for a naturist vacation?  Really?  You have to go to France to fully immerse yourself in family naturism?

In 1997, my wife and I managed to coerce the grandparents into taking the kids for ten days so the two of us could do some naturist exploration in the South of France.  (The purpose of our trip was classified – but who needs to explain one’s desire to go to the France?) We flew into Nice where we stayed in a B&B that was located near a few well-known naturist beaches, made the obligatory visit to Cap d’Agde (an entirely different side of French… can I even call it… naturism!?), then four nights in a small chalet in La Jenny before catching the fast train to Paris to make our way home.   As American tourists, we thought our extended stay at La Jenny to be luxuriously self-indulgent in length, only to learn that Europeans typically measure their holidays in weeks, not in days!  One of our early, but numerous lessons about the fine Art of European naturist travel and leisure!

Cap d’Agde was a hot mess, and deserves another post all to itself.  (We would return in 2006 for a two-night stay.  The jury’s still out as to whether we’ll ever return again!)  This first time, however, we were only there for a day visit, but immediately found the place to be overwhelming in a confusing and disquieting sort of way.  Imagine parking on the backside of Disneyland, walking around the back gates through the sketchy streets of Anaheim, then once inside, finding yourself in a Las Vegas-meets-Malibu meets-Detroit sort of place!  (Admittedly, on our first visit, we inadvertently parked our car on the wrong side of town and made our way by foot to the naturist quarter.  Walking past a dingy waterpark and boarded up condos did not help with a positive first impression!)  The rapid-fire stimuli of walking through this seaside city, throbbing with energy at ten in the morning, past a bar with naked poll dancers, then a stop for very perfunctory (naked) shopping at the little grocery store, then past a woman “walking” her partner on a studded leash; then along side a sweet young family bedecked with floaties – all headed to the beach, until you find your place on the beach next to a very… amorous… lesbian couple.  Not to spend too much time waxing about Cap d’Agde, but it’s significant to note that this was our last stop before the much-anticipated arrival at our quiet little hamlet in the pine forests of La Jenny.  And if this was the reality of French naturism, dreams of bringing the family along were quickly fading!

La Jenny opened in 1983, which I think makes it the newest of four major naturist resorts on the south-Atlantic coast of France.  (Arnaoutchot, Euronat, and Montalivet are the other three, all located within a three-hour drive of each other.)  There may be other, smaller naturist places in the region, but the four big centers have accommodations for over a thousand people each; La Jenny, alone, has over 700 chalets, most of which are independently owned, but available to rent by the week if the owners are willing to sublet into the rental pool.  And La Jenny is the only one of the four resorts that does not have an option for campers.  You either rent a chalet, or you pitch your tent… someplace else!  The result is a unique dynamic we have yet to experience anyplace else.  A campground changes the equation quite a lot – in obvious and subtle ways.  In a few words, a campground is inherently transient.  A village, even a holiday village, assumes a unique character of, well… a village!  As you might imagine, there are pros and cons integral to each of those environments.

You can find your way to the La Jenny webpage or even their facebook page and get a pretty good feel for the amenities of the place.  It’s not quite like renting a house on the Outer Banks or the Jersey Shore, but as far as easy living in a European naturist resort goes, this is about as good as it gets.  (We’ve stayed in a couple naturist places with somewhat nicer housing options, but for the most part, the newer chalets at La Jenny are very comfortable and well appointed.)

Even though we’re clearly repeat customers at La Jenny, we still don’t quite make the “regular” list, as we’ve had to miss a year now and again, we don’t always come during the same week of the summer (which most regulars do!), and our stay will vary from one to three weeks depending on what else is on our itinerary that year.  Over a period of fifteen years, I would say we’ve met/seen perhaps a dozen other American couples or families.  There are always quite a few Brits, a significant number of folks from Germany and Holland, and of course, loads and loads of French people!  At the end of the day, it’s a French resort that targets a French clientele.  That makes sense.

Our children are grown now.  I think it’s safe to say they have very fond memories of their summers at La Jenny, especially that very first one as they have great programs that keep little kids very well entertained!  And our daughters have been back with us as young adults, the youngest of whom joined us for several days this year with a friend in tow from South America.  In the world of European naturist travel, La Jenny is comfort food for us.  A place to really go on vacation, where you’ve already worked out the critical variables that burn up precious vacation-time energy.

Having given up all hopes of any attempt at being concise in this posting, I will offer a few bulleted points related to our observations from our repeated visits.  Should you find yourself considering a naturist holiday in France in the not too distant future, perhaps this will help you sort things out:

I have a lot more to say about our years at La Jenny.  A few topics might invoke titles of future posts like “The forgotten days of naked adolescence,” or “Have we bought out the future of naturism, “ or even, “A tongue-tied encounter with Jock Sturges.”  We have a lot of history at this place.  Now that I think about it, more than any other place we’ve been naked!  With that, comes many treasured memories, along with a few head-scratching puzzles that we have yet to fully comprehend.  I suspect both of these perspectives will bear (bare) themselves out here in this blog, buried in the nuance of subsequent posts.  Keep reading!

In the meantime, let me just say that nobody on the planet embraces naturism the way the French embrace naturism.  If you’re really gonna get serious about getting naked, you’d better start learning French!

Help keep the MEANDERING NATURIST online and safe. Even a small donation helps more than you can know! (Use the dropdown menu if you can do more!)

Take It Off: 7 Struggles Of Being A Nudist In A World Full Of Clothes 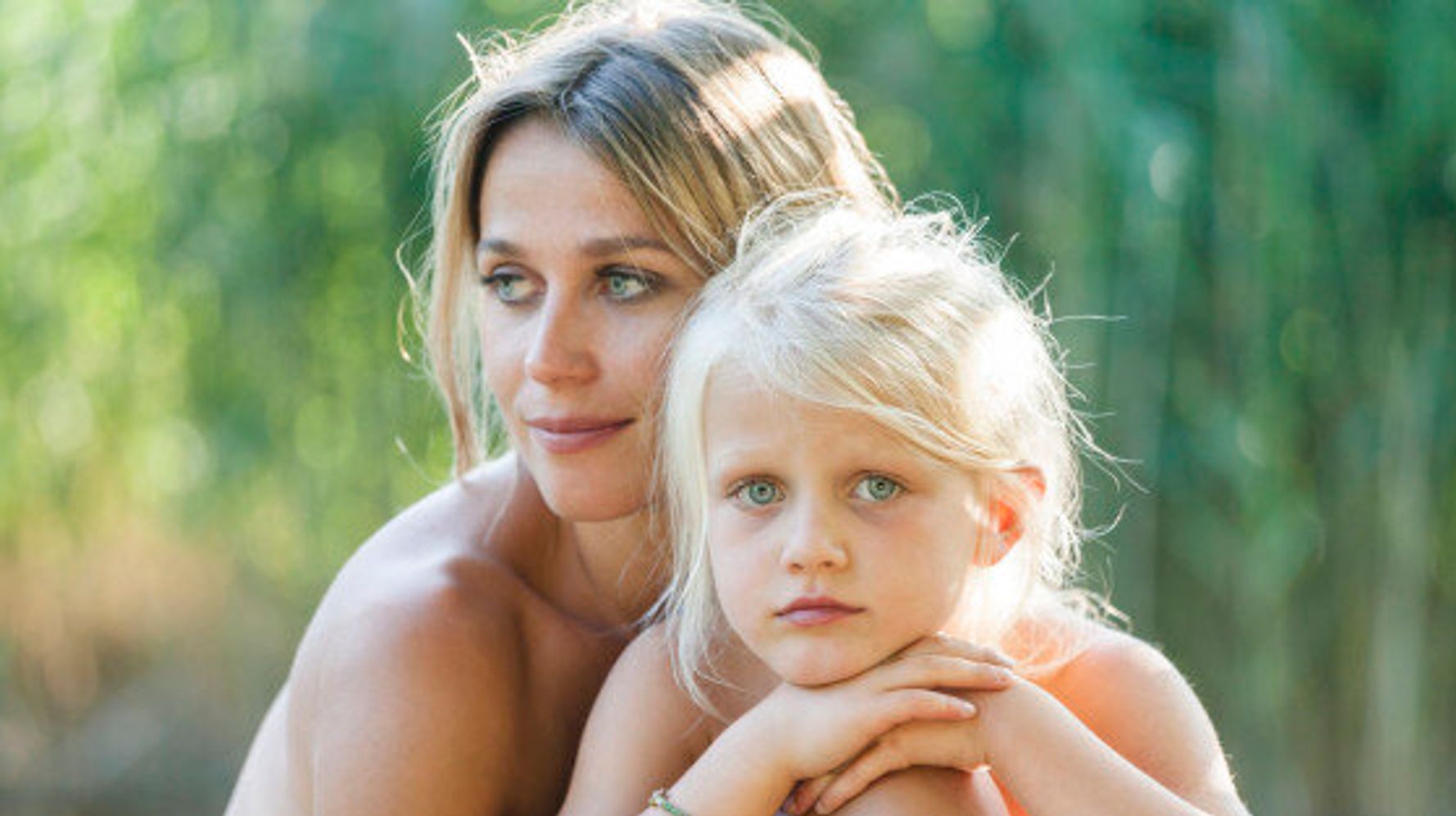